Learn about the Rail-Trail

The history of West Virginia is tied to coal and lumber, and associated industries such as paper milling and coke production. The resources harvested and products created were shipped across state lines via the intricate rail road systems put in place.

The Western Maryland RR, which is now our current Rail-Trail, stretched through Maryland, Pennsylvania and of course, West Virginia. The rail road system initially had many names and owners; however, under ownership of George Gould, son of legendary rail baron Jay Gould, the small rail line grew exponentially, reaching from Hagerstown to Cumberland, to the coal deposits and lumber stands of WV. Building railroads in the Allegheny Mountains & Monongahela Forest proved to be difficult because of the steep mountain grades and switch backs. After decades of fast service, the WMRR was acquired by the B&O RR in 1964, but the tracks laid down by the WMRR were no longer the most direct owned by the B&O, so much of the extension was abandoned around 1975, leaving the property available for reuse and resulting in recreational paths like today’s Allegheny Highlands Trail. For more information about the Western Maryland Rail Road, visit here.

Turning former rail road tracks into trails promotes community revitalization and human health. It can transform a piece of history into something useful for today. These transformed spaces give unique points of view into history, nature and human ability.

To learn more about the Rail Trail Conservatory, click here.

Join us for our upcoming event! 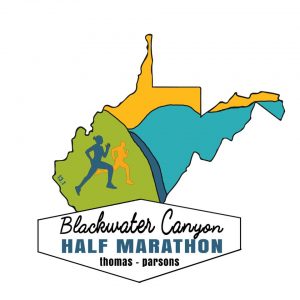 Race takes place on the Allegheny Highlands Trail and Railroad grade trail from Thomas, WV to Parsons, WV. The course is made of pavement, dirt, and crushed stone. The downhill race course will descend about 1300’. Sign up before August 15th to save $10. Prizes will be given to best of age groups & genders!   Cupless racing sponsored by…